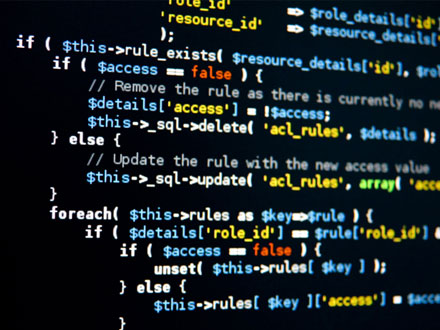 Lots of people refer to the phrases "web design" and "web development" as the same thing, but really they have two separate meanings. If you live or work in Neutral Bay and you're looking for someone to build your new website then you have probably googled "web development in Neutral Bay" so I will explain the difference as I see it. Often web development is used to describe the entire process from concept through to creation but within the web industry, a web developer is basically programmer or someone who writes website code and doesn't do any design work.

Web design is the "front-end" user-facing side of the website. Web design deals with how the site looks and how people interact with it. For a more detailed explanation of web design please read my article, Web Design Neutral Bay.

Web development is the term used to describe anything to with the programming of the website. A web developer writes the code running in the back ground or as we web developers call it "the back-end". There are loads of web programming languages such as ASP, PHP, CFM, .Net (Dot Net), Actionscript (not used very much anymore), Perl, Java etc. Good web developers can code in several languages but the main language used is usually PHP. There is a lot of crossover between web design and development. For example I have never worked with a web designer who didn't know any HTML / PHP. Likewise I've never worked with a developer who was not conscious of the significance of good aesthetics and well thought out design in a website layout. I have however met many programmers that have no aesthetic ability what so ever! Quite often it seems you are either a designer or a developer. It is quite rare to find someone who can do both. In short, a web developer mainly focuses on how a site "works".

Web development is very involved and takes into consideration such things as website security, error checking, filtering output, and encryption as well as programming. While scripts can do some very clever things they can also be used to exploit websites and give unauthorised access to malicious users who want to collect user's information such as email addresses, passwords or credit card numbers for example. Malicious practices such as SQL injection can be used by hackers to gain control of your website and this is something a web developer will make sure to prevent. So you can see this specific area of creating websites is best left to an expert. It takes many years of training and experience building hundreds of websites to encounter all the pitfalls and examples of poor coding and clever hacking to create an efficient and secure website.

Which language is best?

I prefer PHP. Most programmers use PHP because it is entirely free and open source and nothing to do with Microsoft. PHP stands for "PHP Hypertext Pre-processor", which is a recursive acronym as PHP is actually the first P. Created by Rasmus Lerdorf in 1994 it originally stood for Personal Home Page. I've no idea why they changed it but HP was obviously a rubbish acronym so they added the first P to make PHP. ASP is Microsoft's version and as a result is it is not entirely free. It stands for Active Server Pages and is not as widely used. These coding languages are called "server-side" languages because you need a web server environment to run them e.g. they reside on a computer on the internet.

In layman's terms, server side languages are used in conjunction with HTML to produce some really great effects. HTML on its own is not very dynamic. Adding PHP to a website's code can perform a number of useful functions. For example we can use PHP to performing calculations such as calculating the day, month and year to time of day to simple and complex mathematical functions such as monetary and measurement conversions. PHP can be used to collect user information and create an address book. PHP will then add that information to a MySQL database so the address book can be read from it. MySQL databases can store all kinds of data which can then be used to display anything from an inventory to a product catalogue, a search feature for the website's content or a log-in panel for registered users. PHP gives programmers the ability to change a static website into a more interactive website. An e-commerce shopping website would be impossible without server side code.

Most people search for web development because they want to build an online shop or event management system. We can help you with that. We have worked on hundreds of dynamic websites dealing with all kinds of complex data input and output. We have an intimate knowledge of complex data driven website architecture so if you need a web developer based locally in Neutral Bay then please give us a call, we would love to work on your project.